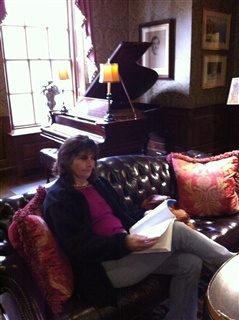 Jovi and I recently returned from an independent school marketing conference at Harvard University, where we came away energized with ideas, resources, and strategies. At the conference, I noticed how as we were networking and introducing ourselves amongst our peers, everyone would slip in a little bit of an elevator speech — explaining the points of differentiation between their schools

It’s not hard to figure out what the point of differentiation is for INTL* — it’s language immersion. However, I noticed that once I said the word “language”, I found myself having to explain that no, we did not teach language. We teach through language.

Similar to every other school represented at the conference — our mission involves academic rigor, excellence, values, responsibility, etc. Language is also something that a lot of schools are quick to say they have incorporated into their curriculum. As soon as I said “Mandarin immersion” or “French immersion”, other schools were eager to add, “we just added a Mandarin elective last year,” or “we teach five languages at our school.” While it makes me proud to see schools listening to NAIS (National Association of Independent Schools) president, Pat Bassett and realizing how important it is to incorporate foreign language into curriculum — I realized that we have something that a lot of schools don’t have.

Focusing on the language aspect is easy. Of course we have foreign language at INTL — but what makes us special and different is something that our alumni demonstrate on a daily basis. While at INTL, they developed critical thinking skills and the ability to look at and deal with problems in different ways. While language is a key component, bilingualism is simply a consequence of what we do. As I progressed through the conference, I found myself simplifying my little elevator speech to four words: we teach through language.

Email me and let me know how you would explain our school to someone in four words or less.