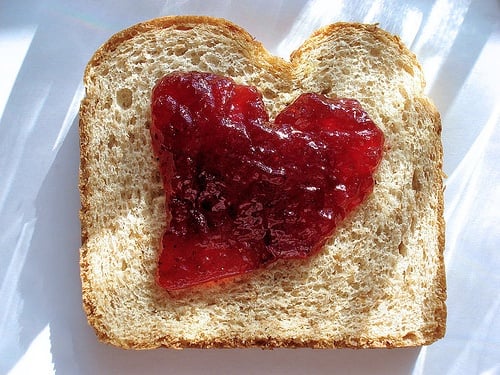 There's a very cute post by the Kindergarten teachers on our class webpage, which demonstrates what amazing teachers they are.

I have found that the example below is very typical of INTL* teachers - at both Cowper and Cohn - and I cannot imagine sending my children to any other school. Perhaps it's the low student-teacher ratios or the way teachers are selected for the school or the multicultural nature of the school - or a combination of all of the above - but whatever it is, I find that our children are constantly encouraged to be unique and true to themselves. And expressions of that uniqueness and creativity are celebrated rather than discouraged. I cannot help but think that this is what will make our children successful (in whatever way you want to define success) in the future.

After reading the teachers' post late Tuesday night, the next morning I confirmed my suspicions that my son was the ringleader of this escapade. I have worked in many schools and done research in many more, and the sad reality is at most schools, my son would have ended up in the principal's office. Unfortunately, when there are over 30 students in a classroom with one teacher and thousands of students on a campus, an innocent bread circle-making can quickly escalate into a riot. Consequently, a lot of effort is spent on "managing" (i.e., controlling) student behavior. In a small school like INTL, with extremely low student-teacher ratios, this is not necessary, and this post exemplifies what happens instead.

In contrast to my son, my daughter (now in second grade at INTL) is naturally extremely shy. If she was at a larger school, she probably wouldn't end up in the principal's office, but she would be quite happy blending into the bulletin boards and never being called upon. However, when there are only 12 students in your class, it's very difficult to hide. All the students are encouraged to participate and this is not just in theory - there actually are the opportunities for every student to regularly contribute in class. Consequently, my daughter has blossomed over the past couple of years; she now has an increased amount of self-confidence and speaks up regularly in class.

When my children were little, it had crossed my mind that I may have to send them to different schools one day, because they have such different personalities. I thought it might be unfair to subject either one of them to a school better suited for the other child. But my children are also very close to each other (a case of opposites attracting?) and would certainly be miserable being separated. I feel blessed to have found INTL - a school where amazingly, both of my children are thriving and are truly happy.

It is remarkable what children can do with the same thing that they see frequently. It has been three months since the beginning of the school and it is hard to keep track how many time we had "bread and Jam" as a snack. Every time we had "bread and jam", the children had the same thing in front of them: napkin, cups, bread, jam in a bowl with plastic knives, and milk. Every time we serve this snack, we expect the children to sit and eat their snack. We do see them do that and spread their own jam. However, when we had bread and jam last Wednesday, this was not the case.

The children were still sitting quietly and eating their snack, but something surprising happened. Even though we could not find the source of this new phenomenon, because it spread like a wild fire. Someone took the cup that is in front of them and used it as a "cookie cutter" to cut a circle in the middle of the bread.

One child after another, they started cutting their bread in circles. Then the creativity really kicks in. Some children cut out two circles by moving the first circle to the edge of the bread. They pretend that's their "eyes". Some children cut the circle and break away another part of the bread to make the "tail" for the "fish". This child connected tail to the circle and made a fish. Another child spread the jam in the middle of the circle, folded up and ate it like a taco. It was an amazing site seeing all these bread circles in the classroom.

The teachers want to foster their creativity so we began to ask about their "inspiration"... where the idea came from. One of the child said he was making cookies and he was able to use the cookie cutter. He thought he could do the same with the bread. Since we don't have cookie cutters, what we have are the cups that we use for drinking milk. So he used the cup instead. We do see that when the children are completely motivated, driven by creativity, they could be exteremly focused as if they are in their own world. They are constantly figuring out how to apply the things they learned in other areas of their lives.

We see that throughout the classroom as well. Applying sewing techniques in bag making. Applying knot tying techniques to tying strings and shoe laces. Applying balance and symmetry in building houses with carboard...etc. These are so many of these applications in the classroom that are just waiting to be observed and documented. It is very exciting to see what the children came up with and looking forward in what they will come up next.