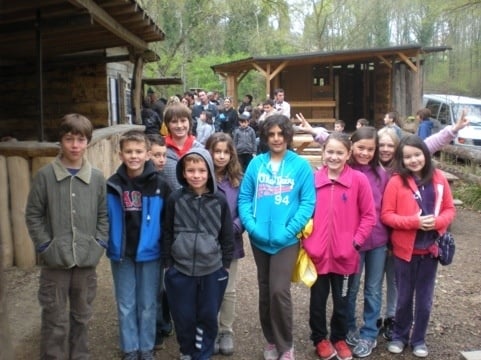 What a fun day! Easter Monday is a holiday here, so the town was very quiet this morning. However, while walking to school from our hotel (what a dream commute!), Olivier and I saw several of the host families on their drive to school to meet us. We were greeted at school by very excited (and mostly well rested) children. Everyone was happy to see the others, and they quickly began chatting and running around playing.

Once we had checked in with everyone to make sure that all is well, we headed off with our host families to Cap Nature in Pradines to do the ropes course. We formed a long caravan of cars with Rémi's car in front leading the way. We stopped to get Rémi's two older children in Duravel along the way, and a few miles later, we were joined by the few missing cars from the caravan. They were all waiting along the side of the road, and we were met with waves and funny faces from the children in the backseats of the cars.

The ride to Cap Nature took about 45 minutes. Once we had checked in and gotten organized, the children and adults alike all got fitted with harnesses (and helmets for the children too). Everyone who was participating in the course had to go through a debriefing and pass the test on the lower course in order to be able to go on the higher one. We all had an excellent time! Many of the children did the course several times before it was even time for lunch.

By about 12:30, we had finally managed to get everyone back on the ground for lunch. We all gathered for a picnic provided by our wonderful host families. After eating, the children ran around the field next to the ropes course and played some soccer and other games. They were anxious to get back on the course. With the permission and supervision of the adults, some of the children who had done very well on the green course were allowed to go on the blue course which was a bit higher. They were thrilled! The last activity was the big zip line, and it was a huge success! Once someone came down, he/she almost always quickly ran back to get in line to go a second time.

Despite the gray weather, the day went very well! The sun even managed to come out several times during the day to give us a "petit coucou.". We had so much fun on the ropes course that we ended up staying almost half an hour longer than expected. After a very fun day, everyone left with his/her host family. I'm sure that we are all going to sleep well tonight after such a fun filled day.

Tomorrow we will spend the day in Fumel. We will be at L'Ecole Jean Jaurès for part of the day including lunch in a real "cantine française," and we will also have a tour of the village of Fumel. 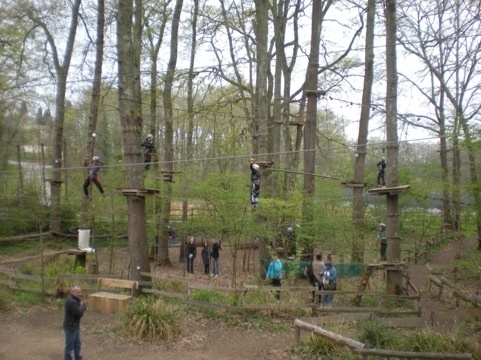 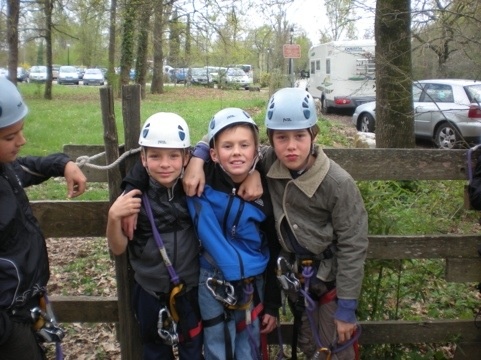 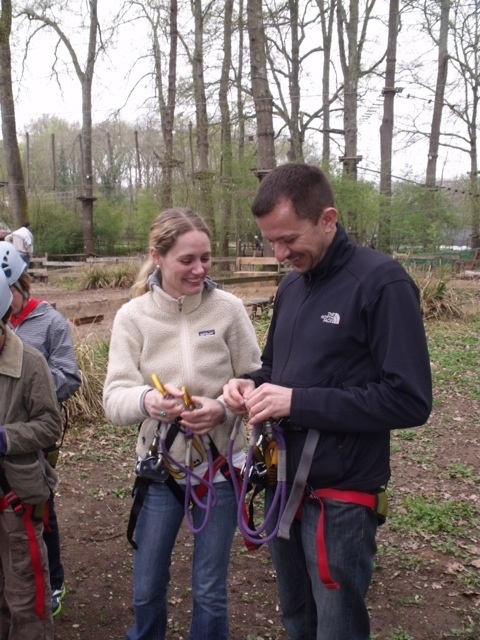