Nicolas Q. has been making a name for himself at PALY as a math and science whiz.

The top 20 scorers on the USNCO National Exam are invited to participate in the two-week USNCO Study Camp at the United States Air Force Academy in Colorado Springs, Colorado.

Nicolas is pumped up and excited to tackle the exam next year and earn a spot in the top 20!

At Palo Alto High School’s recent Science Department awards ceremony, Nicolas was not only recognized for earning High Honors at the 2012 USNCO, but he was also presented with “Outstanding Achievement” awards for Chemistry Honors and Physics Honors.

Nicolas was recently interviewed at ISTP and credited ISTP's rigorous academics for providing him with the foundation and structure for his achievements. While Nicolas' academic success is evident in the awards and good grades he receives, what he learned at ISTP can also be seen in his character.

Nicolas' mother said in an email, "I know that academic excellence is highly prized in our society. And of course, Nicolas' outstanding achievements are worthy of celebration and pride. But I must say that I am even more proud of his character and integrity, as well as his altruism... I just want to say that it was just as important to know that ISTP's emphasis in cultivating honesty, integrity and global citizenship played a crucial role in shaping our children to be 'good' people." 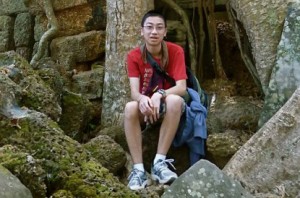 Nicolas’ Sophomore year of high school may be coming to a close, but we have a feeling many doors are just waiting to open for this brilliant ISTP alumnus.