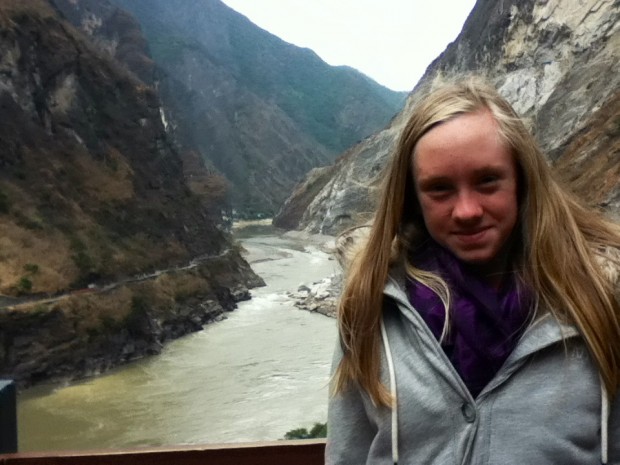 Saying, “When I was in China” is a great conversation starter. I was talking to a friend of mine the other day and without meaning to, I said: “Well, while in China…” and finished with one of my favorite experiences from there. My friend just laughed and said: “You know, most people start off their conversations with ‘when I was in Santa Cruz’, or ‘when I was at the beach in San Francisco’, but no, you always have to start off your conversations with something more interesting, like a visit to a foreign country!” I just started laughing. The thing is, he’s probably right. Most people can’t talk about a time they were on the other side of the world with people who they were really only acquaintances with until that trip. I can.

I will start by saying that before going to China, I was less than eager to go. I was actually quite upset. I couldn’t understand why I had to leave my friends for so long to go with people who I was sure didn’t like me! That of course, wasn’t true, but I was so mad that I would have said anything to win the argument. The funny thing was that I was just saying that because leaving my family for a week in a foreign country wasn’t on my list of things to do before I die. However when my mother came to pick me up in Shangri-La, I swear I was tempted to hide on the bus so that I wouldn’t have to leave. I was just that attached to the people I was there with.

Now, I was in a different situation then most of the students who went: I was leaving for three weeks instead of two, and I would spend the first and last week with my mother, and sister. My little brother (who is a grade behind me), accompanied me on this life-changing journey.

I was to meet up with the class on Tuesday at the boarding school in Kunming; they had arrived the day before. When I arrived with my mother, my sister, my brother, and our guide for the day, I admit it was a sight for sore eyes to see my friends and my teachers -- more importantly, people who spoke English well. I was assigned to a dorm, where I said good-bye to my family and was left in the capable hands of my teachers. The next few days were (while I complained at the time) great. I thought getting mobbed was hilarious and everybody was very nice. My friend, Alice, and I would constantly look at each other while signing autographs and just burst out laughing because we thought it was so funny that these kids wanted our autographs! We hadn’t done anything special; we were just from the States! However we spent our days smiling for billions of pictures and signing more autographs then a star on the red carpet. We would often sign children’s autograph books multiple times! 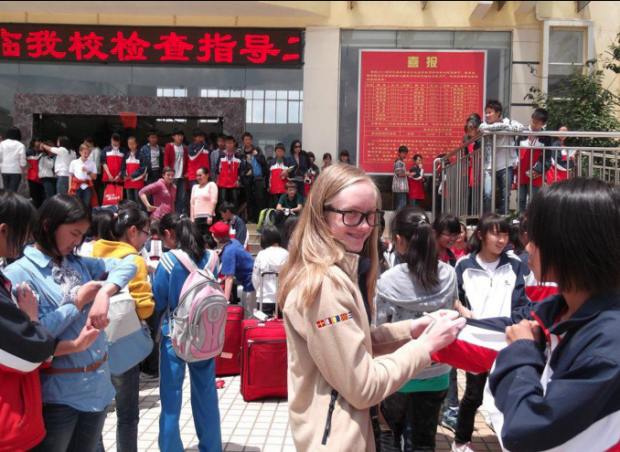 I shared a room with my friend Alice, and Maia, and 16 other girls whom I didn’t know until we got there. We were thrown fully into Chinese immersion and were expected to comprehend. While the classes were cool to try to understand, leaving school early and going back to the dorm was the best. My roommates, and our roommates next door would often gather in our room and just tell our jokes and our crazy experiences from the day. We were also starving, being for the most part picky and never full with the food, so we would compile all of the food we had brought with us and make what we could call a buffet. Of course for us that was just a few candy bars and maybe some dried fruit, but to us it was a royal buffet. It was great. Some of those times were my favorite from the whole trip.

After we left the boarding school, we drove to a train station where we would all be taking our first night train. Everyone was excited. The truth? Nobody slept a wink. We spent half of the night talking and complaining, as only teenagers could do. Of course now, we talk about it fondly because it gave us all a great chance to bond, but at the time, we were miserable.

After getting off the night train, we took a bus to our new hotel, with nothing on the schedule except for getting settled and dinner. Of course to us that meant prank-calling each other. We had a grand time telling our friends that they won Justin Bieber tickets or whatever star we knew they liked. We had a ball. The next day, we got to explore the city around us. Which meant for us children: shopping. We got to try tea and go shopping until we dropped. I loved it.

Leaving Dali, we drove a multiple hour drive, on which I did my math, until we arrived in another small city, Lijiang. While on our way we stopped to see the tiger mountain-leaping gorge. While it was 1000 steps in total and we complained all the way down; none of us would have missed the amazing view for the world. It was spectacular! In Lijiang we got to go up a mountain, one of the tallest in the world, Snow Mountain. We needed to bring oxygen tanks and go up in a cable car (not like the ones in San Francisco thank goodness!). That cured my fear of heights for good I swear. The mountain was beautiful and we didn’t end up needing the oxygen tanks. That was one of my favorite experiences even though I was frozen. 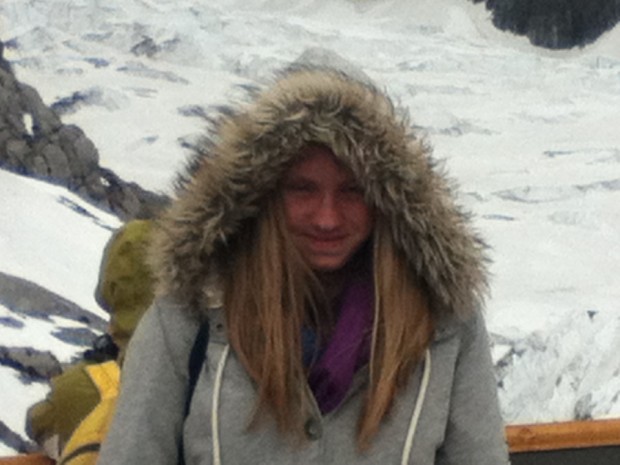 After Lijiang, we headed up to Shangri-La where I had only enough time to see a Buddha temple before my mother picked me up. I almost regretted leaving I was having such fun.

So in the end, I must admit that my trip to China was probably one of my favorite trips, ever. The students I went with and I have such good relationships now that we will all just start laughing sometimes because we will remember an experience that was hilarious for us while in China. I loved going to China and I wouldn’t have traded that experience for the world. So there you have it: that’s China from my point of view. 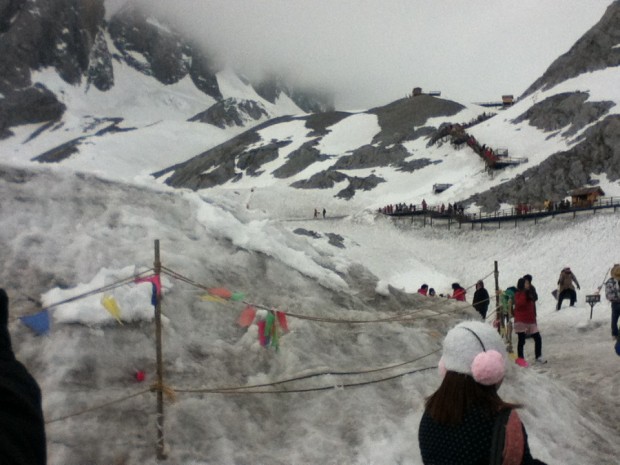 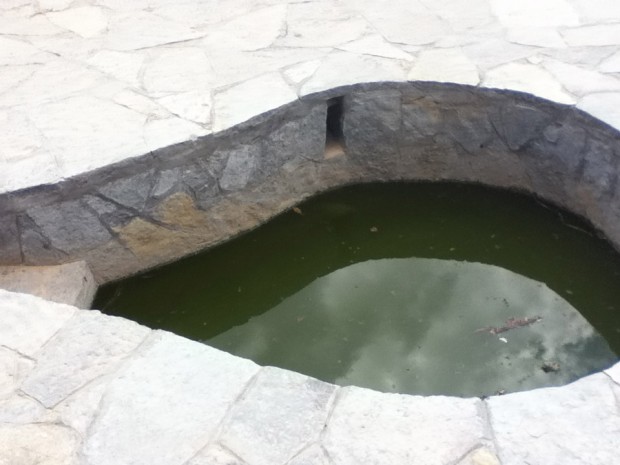 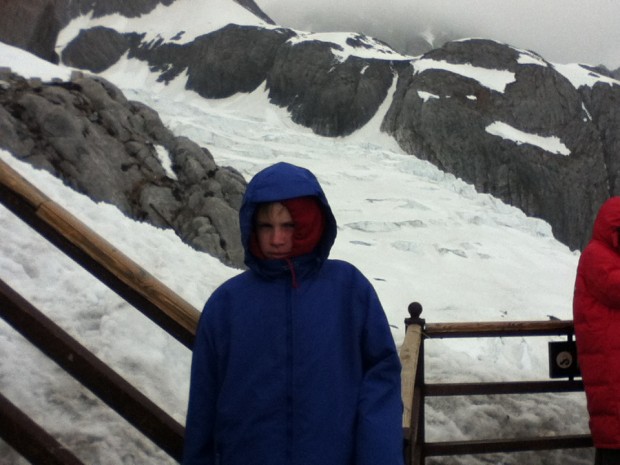 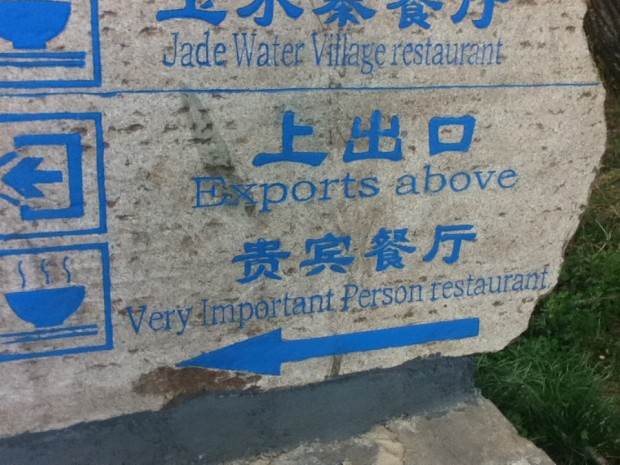