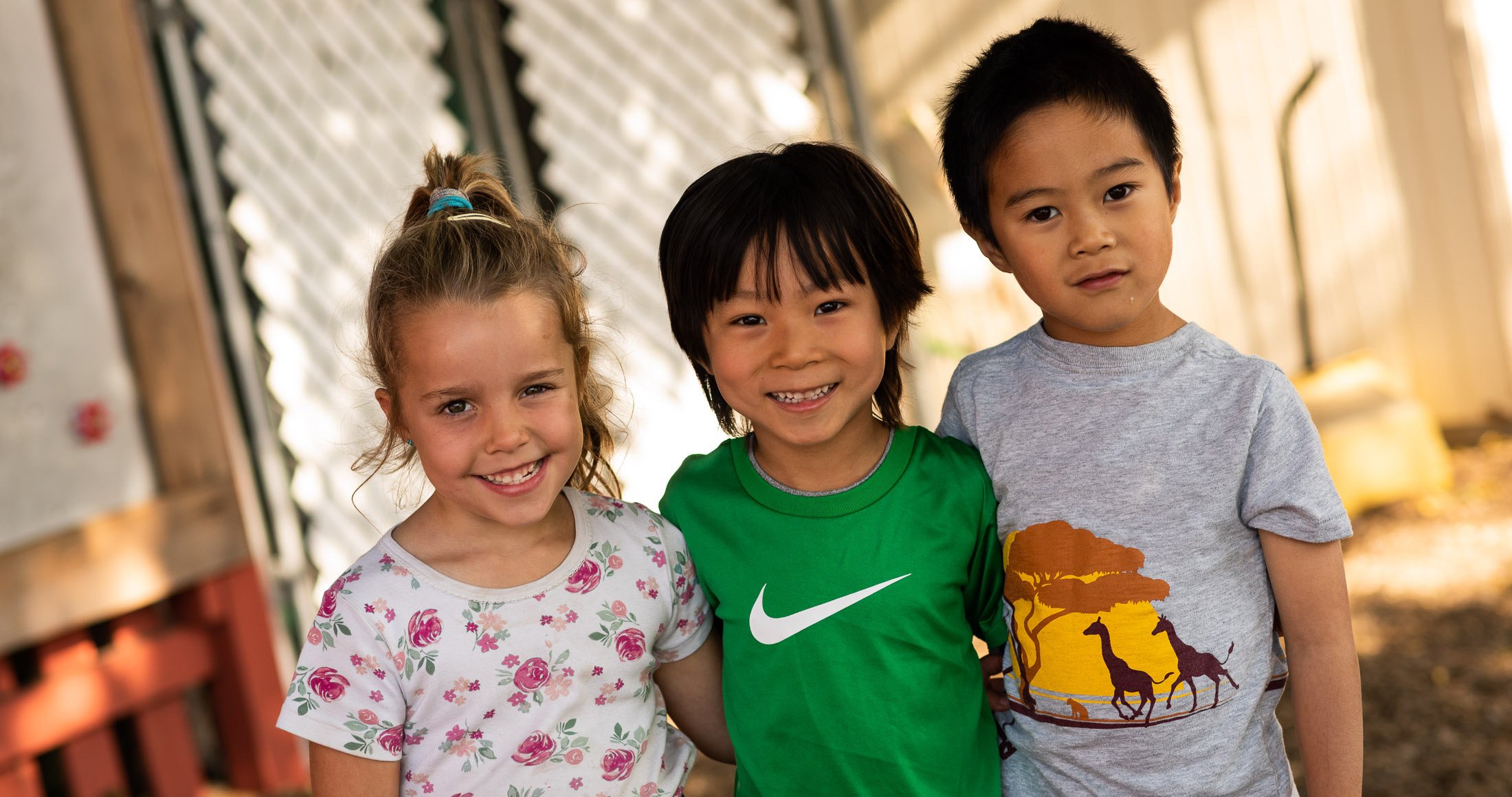 “Third Culture Kid” (TCK) is a term used to describe children raised in a culture other than their parents’, or in a country other than where they are a citizen, for a large portion of their early formative years.

American sociologists John and Ruth Useem developed the concept of a “Third Culture Kid” while raising their three children in Egypt. They noticed that their children came to identify most not with the culture of their parents (first culture), or with the culture in which they were currently living (second culture), but rather with a third culture formed from a fusion of many diverse influences, a culture they shared with other Third Culture Kids.

Silicon Valley's International community is home to many Third Culture Kids – among our students, faculty/staff, and parents alike. TCKs are often multilingual – many INTL* parents are raising children who are speaking two languages in the classroom, and a third and even fourth at home.

A multicultural environment is the norm for a TCK, a style of upbringing that has been associated with benefits such as an expanded worldview (the ability to understand that any situation can be seen from multiple perspectives), increased sensitivity to social cues (due to the necessity of navigating multiple cultures), and increased cross-cultural competency (the ability to adjust to different ethnic, national, or organizational cultures).

We asked some of the TCKs in the INTL community, and the parents who are raising them, to reflect on their experiences.

Jacqueline Cody Jacqueline, INT'Ls Primary Years Programme Coordinator, was born in Hawaii to Canadian parents and was raised in Thailand, where she attended an International School until she moved to Canada for University.

Jacqueline says, “Growing up in Thailand, I was in a culture that was so different in so many ways from my parents’ Canadian culture, so my perspective on the world is 100% informed by that experience. I think I can communicate with people from any nationality because of the fact that I learned from the youngest age how to code-switch, how to adapt my behavior, and to be aware of who my audience was and what culture they were from.”

“In terms of language, I speak Thai, and there are certain words in the Thai language that you don’t have in English, so that affected my perspective. For example, there are words about generosity, which is an important value in Thai society, that don’t exist in English.”

“I also think being a TCK increased my adaptability – at one point I lived on four continents in five years – and I always had the ability to feel at home anywhere. I always felt connected to the whole world more than any one nation, and I think that made me more empathetic towards global issues. I think for some it can be a disorienting feeling, feeling like they don’t identify with one nationality, but I have always enjoyed pulling together different cultures to form my identity. The only question I don’t like is ‘Where are you from?’ because people expect a simple answer and mine is a complicated story.”

The Gallusser Family Sylvia and Fabian Gallusser, originally from France, have two daughters in the Chinese Program.

Sylvia says, “We feel that the main aspect of living at the intersection of three cultural environments is mostly a gain in self-confidence and adaptability, knowing that wherever they go, they will be able to communicate with those around them in one language or another.”

“On the cultural side, they have grown in an environment where multiculturalism is the norm and cultures easily overlay, without one dominating the others. Languages are easily interchangeable based on the context (at pick-up, telling a story, doing math) or simply based on what they feel like at the given moment. They're often surprised when talking with their cousins who live in France, who speak French, read French books, watch French movies, and have almost only French references.”

The Yang Family Julie Wu and Calvin Yang, who are originally from China, have two children in the French program, currently in 5th grade and Kindergarten.

Reflecting on her 5th grade son’s upbringing, Julie says, “Growing up as a Third Culture Kid, he was exposed to many different cultures from an early age – Chinese culture from home, American and French cultures from school, Italian, Spanish and Russian cultures from his friends, Jewish culture from one of his summer camps, and Arabic culture from his host family on his exchange trip to Fumel, France. He naturally sees the world as a combination of these diverse cultures, rather than from a US-centric angle. He enjoys collecting Pokemon cards in multiple languages, uses both metric and imperial measurement systems, and celebrates festivals from many different countries.”

The Galleano Family Godze and Charles Galleano are originally from Turkey and France, respectively, and their 1st grade daughter is in the Chinese Program.

Charles says that his daughter “is living among four different cultures. It must be incredibly exhausting to switch from one language to another all day long, but I am impressed with her ability to do so and adapt so quickly.”

He adds that raising a Third Culture Kid “requires a certain discipline. We read books to her in 3 different languages (English, French and Turkish – we do not speak Chinese).”

The Rezvan Family Elizabeth and Ehsan Rezvan have three young children in the Chinese program, and the family comes from an Iranian background.

Elizabeth and Ehsan's children juggle multiple languages and cultures every day, and their mother Elizabeth says they “are excited at the prospect of ultimately being able to speak 4+ languages.”

The Rezvan children are currently in Preschool, PreK, and 1st grade, and Elizabeth says, “We know that the learning curve of these early years is higher for our kids than that of their single-language peers, as they are being tasked with working towards competency in speaking, reading and writing in not just in two different languages, but in three. This does require more patience, persistence and participatory support on our parts as parents, as it can sometimes be challenging for them to remember which direction they should be arranging characters on the page, much less which alphabet they are being asked to work in! But we are mindful of how worthwhile the investment will be in the long-term, what inquisitive, knowledgeable global citizens we are giving them the opportunity to become.”