The Importance of “Playing Pretend” in Bilingual Development 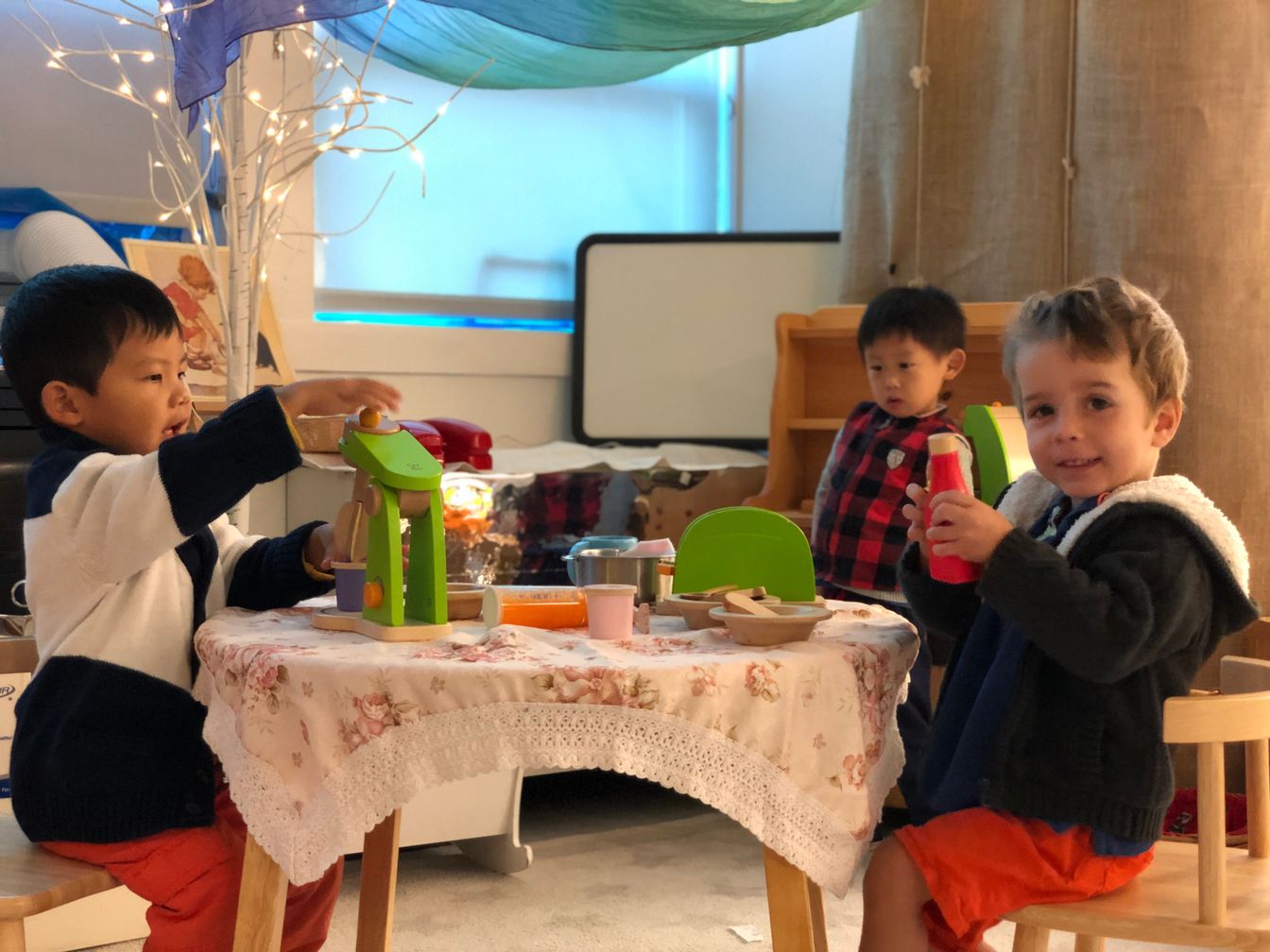 All of us remember engaging in “pretend” or “make believe” play as children. Whether playing house, pretending to run a store, pretending to be a teacher, or pretending to drive a car, children naturally enjoy modeling the behavior of adults around them. 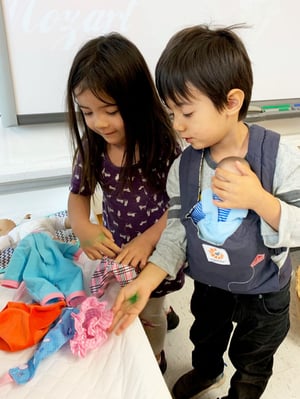 As a child develops, play scenarios naturally become more sophisticated. A 3-year-old preschooler will imitate situations they are familiar with from home life, such as pretending to be a dad taking care of a baby doll. By 4 or 5 years of age, their roles and scenarios come to reflect the more complex relationships they are developing with their peers. Children negotiate different roles for each other, and then carry out set behavioral scripts they see around them (for example: “I will be the teacher, you can be a student. I will read you a story.”)

Early Years Principal David Huang explains that “pretend play sets up a safe space for children to practice social skills without being judged because it is 'only pretend.' Children are constructing meaning by interacting with others. They are engaging in dialogue with their peers and acting out a story together, which helps them better understand how the world works.”

At the ISTP Early Years Center, we intentionally design our classrooms with areas to inspire imaginative play. For example, in a Preschool classroom there might be a “house” with a small table and dishes in one corner. Elsewhere, there will be a “store” with shelves of food and a pretend cash register.

Teachers also incorporate make believe elements into their PYP units. For example, in Emeline Desposte’s PreK classroom, the students listened to the classic children’s story/musical composition Peter and the Wolf. Emeline then asked her class to think about the feelings and personalities of the characters and to design a costume for each using the dramatic play costume box. Next, they put on the costumes and played the characters themselves, both reenacting the story and putting themselves in the shoes of the characters to imagine how they might act in scenarios outside the story.

David explains that “in the early years, it may look like students are just playing, but research tells us that pretend play allows students to develop their oral language quickly. Children are more motivated to produce the second language because they need the language to interact with others, so language has to be used. The role of the teachers is to observe and guide the students to use the second language.  Pretend play is an essential component for successful language development in the early years."

At ISTP, our Early Years curriculum is often carried out through play not only because it creates happy, engaged, and creative students, but also because an environment that encourages play is actually most effective for second language acquisition and production, which is an important step for our students to become bilingual.