Alumnus of the Month: Jeremy Rossmann ISTP alumnus Jeremy Rossmann is a perfect example of how taking bold steps and following your passion, even if it means straying from the conventional path, can lead to professional success and personal fulfillment.

After graduating from ISTP in 8th Grade, and then Menlo School, Jeremy accepted a place at MIT. Two years into his course, he made the brave decision to leave MIT in favor of pursuing his dream of creating his own computer science school. His vision was for the school to take no upfront tuition, instead delaying until its students found employment after graduating. 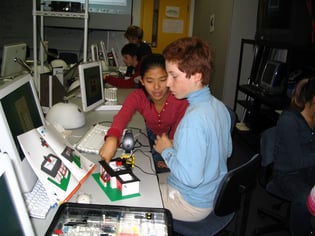 Jeremy can trace his love of technology all the way back to his time at ISTP and says “though ISTP is known for its top notch, multilingual international education, its technology offerings were ‘no slouch’ either. In 'Techno' one year, we used Stagecast Creator to make simple games. This was my first real exposure to elementary programming and deeply influenced my choice of courses come high school, putting me on a path towards learning and eventually teaching computer science!”

After dropping out of MIT in the Fall of 2011, Jeremy was accepted to the winter 2012 batch of the Y Combinator incubator and joined in January of 2012 with a Menlo classmate as his cofounder. In early 2012, they began teaching high school students and ran their first summer program that summer. Make School was born. 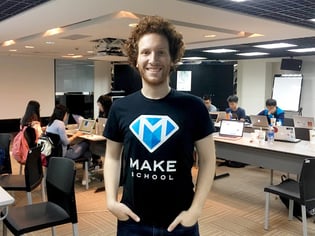 After many years of hard work, what began as a summer program for high school students is now a true college in San Francisco, with dorms, a campus building near Union Square, full time faculty, and alums working at Apple, Google, Facebook, Tesla, and other top companies! Accredited by the Western Association of Schools and Colleges, the same third-party body that accredits UC Berkeley and Stanford, Make School offers a Bachelor's Degree in Applied Computer Science and just as Jeremy had envisioned, students at Make School pay no upfront tuition, instead repaying their tuition costs once they are in employment with an income exceeding $60,000.

This is a unique model, but Jeremy is confident in his vision, saying that "the elimination of upfront tuition aligns our incentives with the goals of students at a time when the cost of, and return on, a college degree continues to grow. 40% of our students come from backgrounds underrepresented in tech. This is about closing not just skill, but equity gaps." 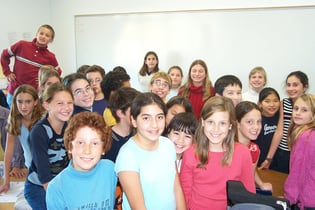 The bold choice to leave full time education and forge his own way, was partly due to the support and confidence gained from the close friendships Jeremy made at ISTP, that still hold strong today. Jeremy says “my good friend and ISTP classmate, Nicolai Safai, joined Make School as one of our earliest and longest serving employees. In the early days of the company classmates Amelie Bricker and Antoine Barthelet also helped us get off the ground”.

Language has also played a big part in Jeremy’s success, and he credits his time at ISTP for encouraging a life-long love for languages and an appreciation for learning about different cultures. Speaking about the daunting task of raising investment for his new business venture, he says “when we decided to launch a college program with no up-front tuition in 2014, investors were initially skeptical. It turned out Japanese and Chinese investors who themselves ran education companies grasped the potential for this model before American investors did. Being able to communicate in Mandarin, my 'troisieme langue', was instrumental in helping us close funding that allowed us to get our college program off the ground”.

We are incredibly proud to witness Jeremy’s success and see Make School continue to grow from strength to strength. Jeremy is a shining example of what you can accomplish when you have the vision, talent and bravery to chase after your dreams and to make them happen.

In June, we were excited to welcome Jeremy back to ISTP as the 2019 8th Grade Graduation Keynote Speaker. Check out some highlights of his excellent speech top our graduates at the links below.

Jeremy Rossmann on how ISTP sets up students to make an impact.

Jeremy Rossmann on productivity in the information age.

Jeremy Rossmann on the value of the ISTP community.