At the recent International School of the Peninsula faculty and staff retreat at the Sequoia Retreat Center, faculty members were asked to participate in a "tinker toy challenge."

It might sound strange for teachers to spend a few hours of their afternoon playing with tinker toys, but the challenge was to demonstrate how groups collaborate with one another. Collaboration is one of the main focuses of the 2011-2012 school year, both in and out of the classroom, and amongst all members of the ISTP community. Collaboration was not the only key goal, as ISTP has committed to also focusing on incorporating social emotional learning programs within its curriculum. 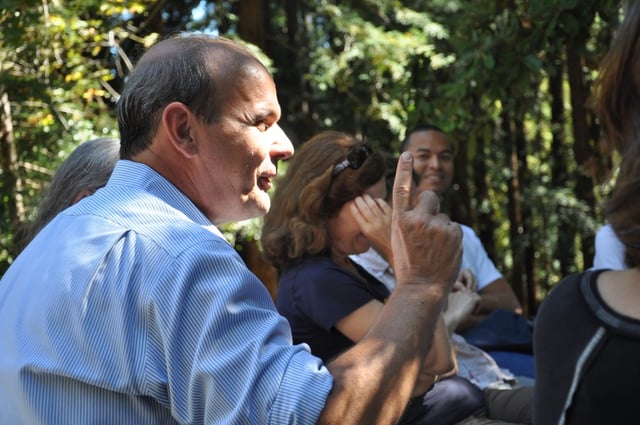 Philippe Dietz, Head of School, said, "looking at our faculty working together, I was reminded of a quote by George Bernard Shaw. 'If you have an idea and I have an idea, and we exchange these ideas, then each of us will have two ideas.'"

Philippe continued, "this year's retreat was just that - an energetic exchange of ideas and resources that made all of us grow into better educators, and helped us to better understand the value of collaborative learning." 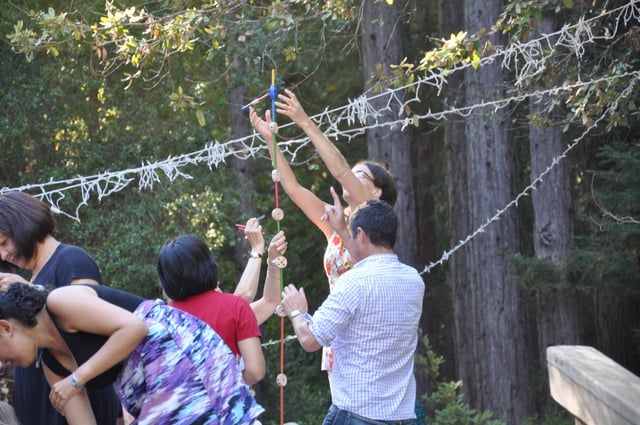 Teachers were placed in groups of 5 or 6 from each program and grade level, and the objective was to plan and built the tallest standing structure with the tinker toys. Phase one involved spending 10 minutes discussing with their team a plan. The objects can be manipulated, but teachers were not able to build or write down a strategy during this phase.

During phase two, each group had five minutes to build the structure with their team, but they were unable to give each other verbal cues (although gestures were allowed).

After the challenge, teachers were asked to debrief: what worked for their group, what role did each person take, how did they feel during the various phases, how/why would they do this type of activity in their classrooms, and why would this be a part of a SEL (social emotional learning) program? 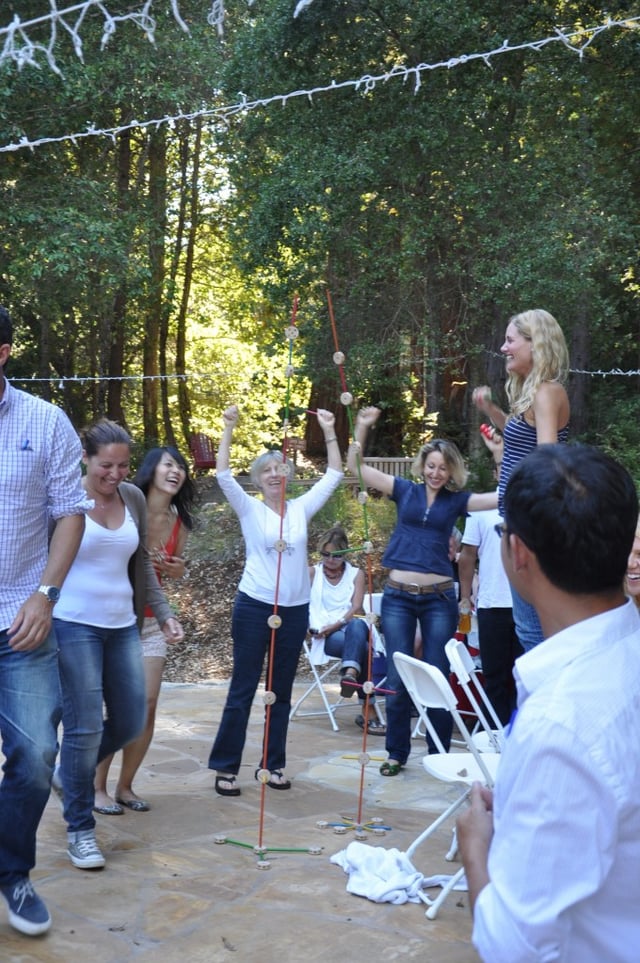 The challenge was exciting, and each teacher group was eager to win. The winning team, which included 1st grade French teacher, Hayat S., felt that they were able to be successful because during their planning phase, everyone was involved, contributed ideas, and had made multiple contingency plans just in case the original idea did not work out. Once the teachers realized they would not be able to talk during phase two of the challenge, they all knew what they were working on, and when that particular strategy did not work, they moved on to the next one. The winning team expressed that when working with ISTP students, they would be able to help them see the importance of being involved in all parts of the planning process and the importance of taking responsibility to help the group achieve its goal.

One teacher admitted, "when I saw the tinker toys, I could not wait to play with them. When we were given the task, I was excited to plan and build, and our team won! I would like to do this with my class!"

Another teacher said, "I realized that I took a back seat role in planning and building. I was comfortable letting others take the lead and was able to see that this is the role I take in group settings and in my own life. I could then relate that to the roles that some students take in group projects and encourage them to step outside their comfort zone to acquire new skills or just acknowledge the value in their role." 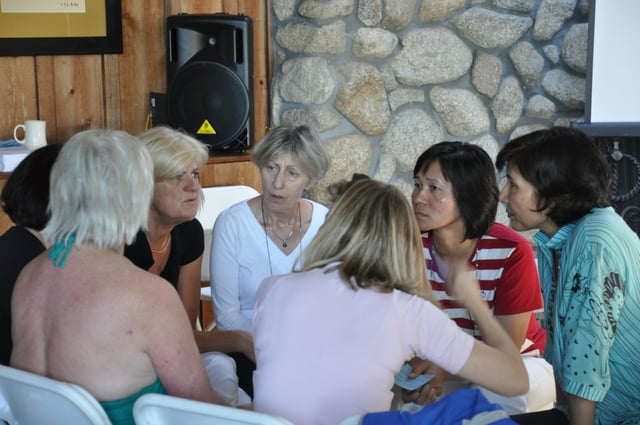 Donna Wood, English Program Coordinator, said of the exercise, "the debriefing discussion was really focused on understanding the way that we could use this to better support our students in group activities. It also gave teachers time to do some introspective reflection on group dynamics, what role they take in group settings, and reflecting in personal feelings to better understand their students."

"Best of all," Donna continued, "when it came time to set SEL goals for the coming year, teachers were eager. They saw the value in it and understood the need to begin SEL at ISTP, and willingly took part in grade level discussions to plan for the year."