Kids and Money, what are you teaching your kids? 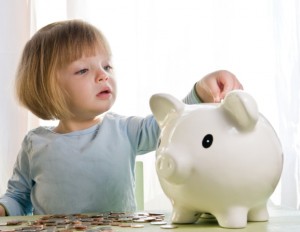 I recently published this blog post to an Australian website and, as an avid reader of INTL's* blogs, I thought it might be of interest to the INTL community.  After many years of working in finance, as a founding principal of an Australian financial services company (www.sfg.com.au) and as a writer and blogger on the subject of personal finance, I felt there was a great need to teach our children good money habits. Any discussion around money is highly personal (and, as I discovered when I posted this blog, polarizing) but it is important to have an open dialogue with our children on this subject. This is especially true when we live in such an affluent community which can skew the way our children think about, and value, money.

In the midst of yet another global financial meltdown, it seems timely to consider how best to teach our kids about money. Maybe, with some smart money skills, they won’t find themselves lurching from one crisis to the next, a roller-coaster ride that is no fun at all. How prepared are your kids “moneywise” to face the challenges that lie ahead?

I have often pondered this in relation to our own 3 children aged 11, 9 and 3. In my former role in finance, I saw the power, and the pitfalls, of money all the time. I saw spenders and savers and then every possible combination in between. I saw people with a laissez-faire attitude to money as well as people for whom money, and decisions surrounding money, was extremely stressful. Mostly, I saw wildly varying attitudes to money and money management.  Over the years, I have come to believe that our relationship to money is highly personal. Often our opinions and beliefs around money have been influenced by our experiences and many of these take place during childhood.

Take me for example. I have always been interested in money matters and who knows if being put in charge of counting my mother’s restaurant takings influenced this. I suspect it did. I grew up in a household where money and business was discussed openly and often. While I am not suggesting you burden your kids with the exact details of the home mortgage (we want our children to sleep!) an open discussion about money helps to build awareness. I hope my kids understand and respect money so that they are well equipped for the challenges they may face in the future.

Here are some of the ways I’m approaching this issue but I would also love to hear your ideas. As a wise man once said (my father) “there is no monopoly on knowledge” :

1. Pocket money is a positive way of teaching money and budgeting skills.

Many people take the view that children should not be rewarded with pocket money for chores, rather that chores should be considered part of their responsibility as a family member. I respectfully disagree. I believe it is a great opportunity to teach kids money and budgeting skills before they get their first pay check.

If pocket money is tied to specific chores done, then your child knows clearly why they receive money and the “value” of pocket money, in your child’s mind, is increased because they have to work hard to get it.  As a guide, in our household, our 2 older children get $5 per week for their chores. They get the same sum (despite the age difference) because the same level of responsibility and number of chores is expected.  If one child has greater responsibility they should get more. If one child does a better job at the same task then ditto. I want to reinforce the idea of meritocracy, which exists, or theoretically  exists, in the workforce. This is not an article on the gender pay gap, I'll leave that for another time :). I would rather my children learn they should approach their tasks with diligence and effort at home than learn this lesson the hard way in the workforce.

As kids, my brothers and I, used to receive one cent per napkin ironed for our mother’s busy restaurant.  While there are still plenty of jokes about child labour at our family gatherings, I think it was helpful. It was loud and clear to me that this work was far from easy. Additionally, it put us in control of our own income. One hundred napkins equalled one dollar and that was a king’s ransom! By the way my Mum inspected every single one of them and if they weren’t up to scratch, we didn’t get a penny.

2. Money and work should be related in a child’s mind.

I don’t think this can be overstated.  While our parents meant well saying “money doesn’t grow on trees,” being more specific is called for. How can we do this in a way that makes sense to a child? Saying “Mummy & Daddy work hard all year to send you to a private school” probably doesn’t mean much to our kids. Start at the micro level. You could try talking to your kids about hourly rates of pay. For example, you could discuss the fact that a babysitter might get $20 per hour. Then you can start to express the “value” of items by the number of hours required to be worked in order to purchase them. For instance, if jeans cost $80 then it would take a babysitter 4 hours of work to earn them.

If your kids receive pocket money, you can expand this idea. By talking about how many weeks of pocket money it would take to buy the things they want, you help your child understand value and also the benefits of saving for a goal. I found our 11 year old was given pause when considering, in order to purchase her Karate silks, she would require 9 weeks of pocket money. Nevertheless, she did her chores and saved her money and 9 weeks later she handed it over the counter and was ecstatic. I reinforced the idea that a large part of the reason she was so happy was that she had worked hard and purchased them with her own money.  It is important she not only understands the power of money, but also the value of independence.

My intention is not to denigrate the idea that we should work to pursue our passions and our dreams. Or that we only work for money. Rather, the idea is that we teach our kids where money comes from and that is not from trees.

In this day and age, where kids are exposed to consumerism gone awry, I believe this is an important life lesson. We have all been to kids' birthday parties where the child rips open gift after gift. And what happened to the childhood game of  “pass the parcel” when a parcel was unwrapped layer by layer and, after many layers, a prize was revealed at  the very end? It has turned into a game where every layer contains a gift and every child is rewarded for essentially unwrapping one piece of paper.

We have our son’s 3rd birthday party coming up and our girls practically choked when I suggested the old fashioned “pass the parcel”. The one from the olden days. When they had calmed down, the youngest woefully announced “what’s next Mum, no candy bags?” How did she know?

I’ll report back as to whether there is a meltdown amongst the toddlers but for now I’m convinced everyone will be more excited by watching the parcel get unwrapped layer by layer and waiting for the final layer to reveal the prize. It will teach patience, reward and guess what, disappointment! My hunch is it is far better to learn this at a 3 year old’s birthday party than to discover this later in life.

This is when I truly turn into my mother. We were taught the best things in life are free. Sunsets, laughter, family time. If you instill these beliefs in your kids they might emerge wanting less and consuming less. This benefits not only their finances but also the planet. Win Win.

5. Watch the daily money skills you’re exposing them to.

If you burn the midnight oil online every night buying new clothes (I think I just outed my best friend) and packages are constantly being delivered to your doorstep, watch out! You may be raising a spendthrift with a mountain of credit card debt in their future. If you save and plan for the big things, like a holiday, then your kids will, hopefully, emulate that behavior. Fingers crossed.

6. Kids need to be very clear that money is not the solution to everything.

Too many kids grow up listening to their parents groaning “if only we had more money” or  “the neighbors are so rich they just took their kids to Hawaii”. Tread carefully. It is possible those kids will grow up with the idea that money equals happiness and that “money” is the goal. I am forever grateful (yet again :)) to my mother who dragged us outside to view the full moon or smell the fresh grass and to the countless teachers along the way who impressed upon me the idea that happiness and fulfillment comes from within and not from a new pair of shoes.

Posted in Guest Bloggers, kids and money, tips for kids
No Comments »