The Exquisite Elegance of the Black and White Ball – INTL’s Event of the Year! 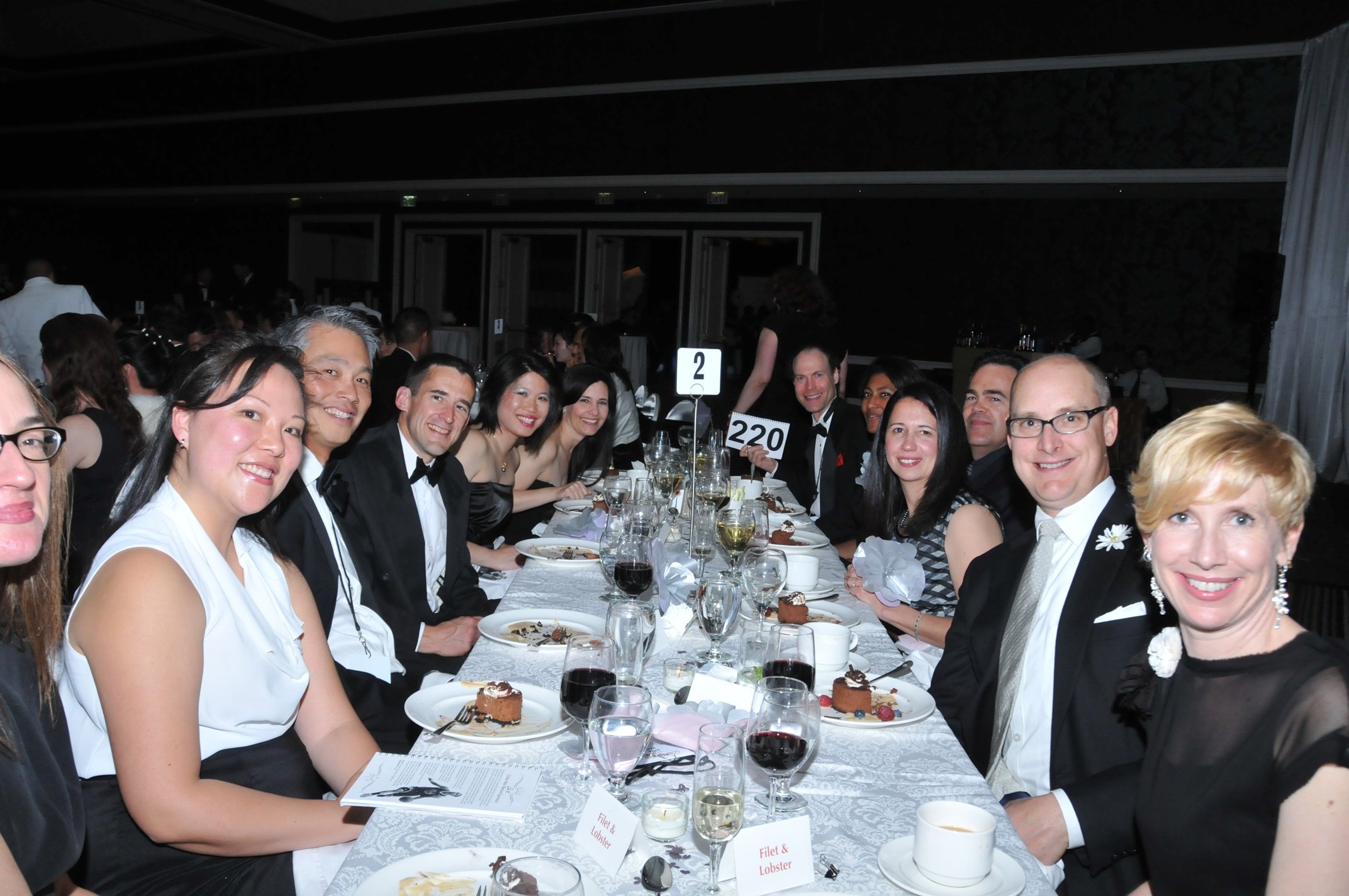 This year’s 25th Annual Gala and Auction was an unforgettable evening of sparkling elegance, spirited fun, and true generosity.

As guests arrived, they were greeted by striking, larger-than-life black and white blooms lovingly handmade by the decorationsINTL* committee. The Imperial Ballroom at the Fairmont San Jose was festooned with black and white curtains and sashes, glowing white orbs, and a glittering chandelier. It was a fitting backdrop for our parents and staff, who were inspired by the theme to dress in their most fashionable black and white ensembles. INTL moms channeled the old Hollywood allure of Grace Kelly, while INTL dads, in their black and white suits and tuxedos, transformed into James Bond for the night.

Gala Chair Judy Liu floated across the ballroom in a floor-length black Oscar de la Renta gown with white accents. She looked lovely and serene as she presided over a night that marked the culmination of over a year of hard work. Judy related that she was “very proud of everything happening tonight,” and “excited about the changes” the organizers had made to the Gala experience.

Decorations chair Daphne Royse also looked radiant in a full-skirted Carolina Herrera gown, while Véronique Micha glowed in a black dress whose bodice resembled a starry night sky. Her mother, Marie-Jeanne, handmade the dress for the Gala – a one of a kind French couture creation! Harriet Stern turned heads in her sequined gown and white floral fascinator. Harriet’s headpiece was inspired by the gardenia motif that appeared throughout the Gala, and she wore it in honor of the hard work of Judy Liu and Daphne Royse.

After a lively cocktail hour, the fashionable guests took their seats and indulged in a gourmet three-course meal. The formal festivities began with a ballroom dance demonstration by talented INTL parent Vinie Miller and her dance partner Anton Koukareko. Wearing a sparkling silver dress, Vinie gave a whirlwind performance, gliding across the floor in five different dances – the Viennese Waltz, slow Waltz, Tango, Foxtrot, and Quickstep.

Next came the most important part of the evening – the exciting live auction! A bidding war on Lot 3, the Majestic Lake Tahoe Getaway, began a trend for the night – the doubling of lots thanks to the incredible generosity of our donors. The opportunity for an evening with Chef Philippe Dietz proved so in-demand that bidding reached $9,500. Then, Philippe generously doubled the lot, allowing two donors to take home the lot, and raising nearly $20,000 for INTL. This was just one example of our donors and parents going above and beyond for the school.

The Week in Provence and Ten Days on the Bulgarian Riviera lots were also generously doubled. Bidders continued their generosity as the VIP Parking Lot Access lot reached a bid of $7,500, the San Francisco Giants package closed at $6,000, and the Paris Apartment garnered a $4,800 bid. Throughout the auction, the pompom girls and guys generated enthusiasm and excitement around the room.

The School Security Fund-A-Need also proved to be a great success. The Middle Schoolers created an adorable hip hop song and video titled “I am Safe” in support of the Fund-A-Need. We would like to sincerely thank all the parents who were inspired to give to this worthwhile cause.

After the live auction concluded, the “Hot Moms” dance troupe provided another highlight of the evening. Led by choreographer Sol Oliveros Orozco, they performed a version of Beyoncé’s “All the Single Ladies” that energized the entire room. Then, they were joined by “Cool Dad” Eric O'Brien, who played the part of PSY in an amazing performance of “Gangnam Style” – done INTL-style!

As the DJ began to spin his tunes, parents and staff rushed the dance floor. The floor was packed for hours, and everyone danced the night away, leaving the party well after midnight.

This unforgettable evening was only possible with the outstanding generosity of all involved – our Gala Chair Judy Liu, the many volunteers, those who donated auction lots, and those who bid in the online and live auctions. We would also like to thank all the INTL parents who attended. It was great to see so many alumni parents! All the support shown for INTL during the night generated an amazing sense of good will and community. It was truly a night we will never forget!