Guest Blogger: Olivier Monteil: Everything You Ever Wanted to Know About Dictée 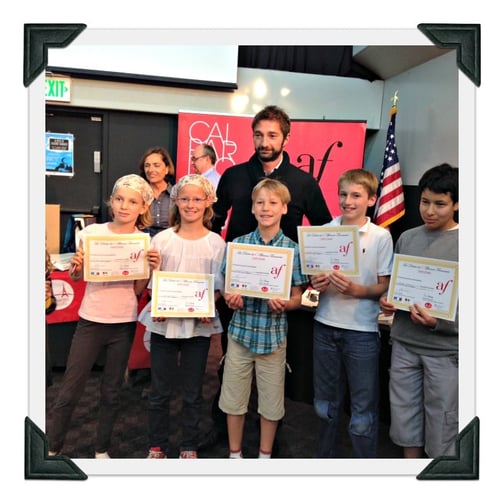 If you have been a parent of a student enrolled ISTP's French Program for a few years, chances are the word dictée has become part of your vocabulary, along with trousse and classeur.

I am also pretty sure that you know very well on which day of the week your child’s next dictée will be. You may even ask what is it about this French version of the spelling test that makes it such a staple of French education?

The first thing one needs to understand is that orthographe - the art of spelling -  is a topic very close to French people's hearts. Most would agree that spelling correctly is a sign of culture, and a way of showing respect towards your reader. Making spelling mistakes in a job application, for example, would probably mean your resume would not be considered. Last year, the French Minister of Culture, who made spelling mistakes in one of her tweets, ended up in the news!

But how exactly does a dictée work? The main difference with the typical American spelling test is that we dictate a full passage, made of complete sentences. The way the French language works is such that one needs to know not only how to spell words individually, but also how to have them “agree” with each other. And that is where things get tricky, and where you need to learn a lot of rules…and, of course, the exceptions to the rules! Just to give an example, adjectives that describe colors, like bleu or rouge, should agree with the noun they are attached to, except if the adjective refers to an actual object, like orange or crème, in which case they don’t change. But of course, there is the exception to the exception, and rose, even though it refers to the flower, does have to agree with the noun.

Confusing? Now you understand why it takes a lot of time and practice for an elementary school student to master the foundations of written French. It is also critical for a school to follow a well-elaborated curriculum, where objectives for a specific grade are in agreement with what has been previously studied.

As explained above, it requires a complex combination of skills to be a good speller. You need to have memorized a lot of words, grammar concepts, and verb tenses. However, at the same time, it all comes down to one very important and universal competence: asking yourself the right question and finding its answer.

Recently, during a dictée to my fourth graders, a student of mine was desperately turning her head towards the wall behind her desk, looking for a poster we created during a grammar lesson, few weeks before.  She was hoping to find there the answer to her dilemma: should I write ces or ses? It just happened that the poster was not there anymore, and I could see distress starting to appear on her face. I took that opportunity to illustrate to the whole class how spelling is not about being good or bad at it, but about asking yourself the right question. I went to the back of the class, retrieved the poster from the closet, and put it on the board in front of the whole class. “If you think this poster can help you right now”, I said, “then you were asking yourself the right question, and therefore, congratulations! You’ve done half the job!”

To see the Elementary School winners from the recent Dictée de la Baie held on March 9th, please visit this website for French Morning. ISTP is very, proud of our own Stella K., 5th grade, for being a finalist in the Dictée PGL! She will represent our school at a regional dictée contest. If Stella wins at the regional, she will travel to Canada for the international competition!