INTL* Middle School students are living and studying at the Wuhou Foreign Language School in Chengdu, China, as part of a cultural exchange trip.  With this blog, I would like to provide everyone with a glimpse of their exciting daily activities! 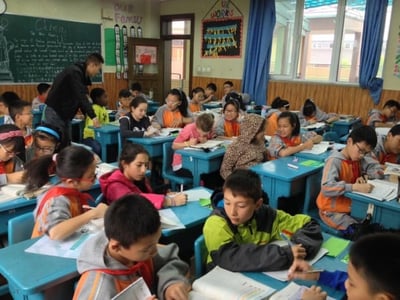 After lunch, our students relaxed in the conference room, while the Wuhou students took their naps, before starting the afternoon culture activity. This

afternoon's activity was brush painting with the school's art teacher. The students once again practiced their brushstrokes, but this time also experimented with mixing in colors.

Day 5: Today was yet another day of full immersion at Wuhou School. In the morning, students attended classes. In the afternoon, our students' cultural activity shifted off campus with a field trip to the ancient town of Luodai (洛带古镇). Students participated in a small scavenger hunt through the streets of the town, which was diligently organized by the school's English teacher. He had even printed a scavenger hunt map for the students! 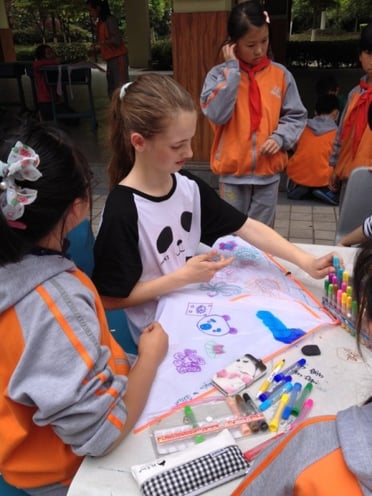 After a short break, our students had dinner and went back to the conference room to go over tomorrow's agenda. Shortly thereafter, all our students were invited by the 5th grade class to a Q&A session, so the two groups could get to know each other better. After a great exchange, our students sang a short nursery rhyme that the 5th graders already knew. The 5th graders then reciprocated with a song of their own.

After thanking the class for taking the time out of their study hall period, our students went back to their dorms to prepare their bags for the weekend with the host families. 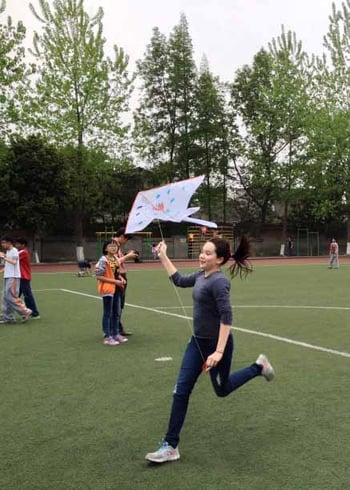 Day 6: Today, our students followed their classes as usual in the morning. In the afternoon, they worked with their host students on creating a kite. It was great to see the students collaborate on a common project that they felt proud to show off to the other students.

After they finished decorating, everyone headed over to the athletic field to test their kites. For some, it was a great way to relax on a warm, humid day. For others, it was an opportunity to run around and get some exercise.

Our INTL students and their host students were then released, to spend the weekend with their host families. 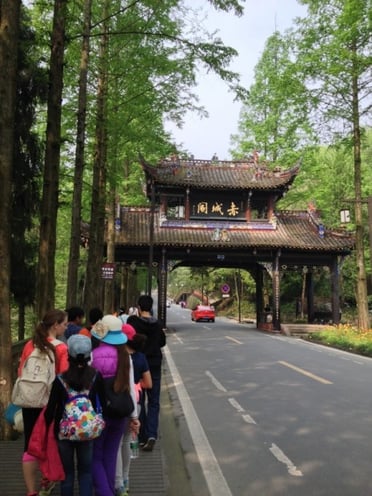 Day 7: This morning, our students reunited with each other after spending a full day with the host families. On their day off, most of the students visited local sites, went shopping, or went to the local amusement park. The students looked well rested and happy to have taken a break from their regular schedule of classes.

Our next adventure was a visit to Mount Qingcheng. During our journey, we learned a little bit about Taoism and the significance of Mount Qingcheng for Taoists. The principles of Taoism include naturalness, simplicity, spontaneity, and the Three Treasures (compassion, moderation, and humility). Throughout our hike, we could appreciate the Taoist connection with nature. The path was primarily made of steep steps, but the surrounding fauna was calming and pristine. The local population often calls Mount Qingcheng and its surrounding peaks the “green city,” as they all resemble city fortifications, with large elevation changes.

After a three-hour hike, where we discovered several pavilions and halls along the path, and tested our endurance with the steep steps, we headed to the city of Dujiangyan for lunch. Afterwards, we visited the city's world famous irrigation system.

To give you a brief history, over 2000 years ago, the local Minjiang River used to flood the plains of Chengdu regularly (especially during spring runoffs). Li Bing, the magistrate of the local kingdom at the time, decided to undertake a modernization project for the river system to avoid these floods and to irrigate the vast plains. Li Bing’s massive and incredibly successful system still irrigates the fields around Chengdu today. 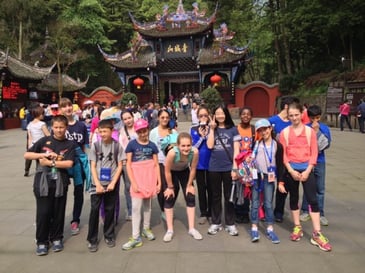 After a walk through the park along the river, we finished the day with a nice dinner in the city center, along one of the forks of the river.

Day 8: Today was the last day for our students at the Wuhou Foreign Language School. In the morning, they followed their regular schedule, while in the afternoon, they took part in a farewell celebration with performances, games, and the reception of honorary student ID cards from the Wuhou School.

At the end of the celebration, everyone looked sad to see their new friends and classmates go, but also expressed their gratefulness for having the chance to be part of this incredible experience. 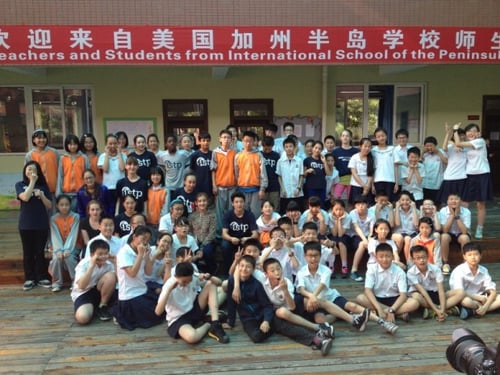