Last week, ISTP’s 4th Grade students visited Coloma Outdoor School, located in Coloma, California along the American River. The greenhorns (a term used for new people to the Gold Rush) were transformed into Sourdoughs (a term used for people who lived in the Gold Rush) over the course of our three-day trip. The students spent their time exploring and understanding the beautiful river, lush ecology, and rich history of this important area in California’s history. 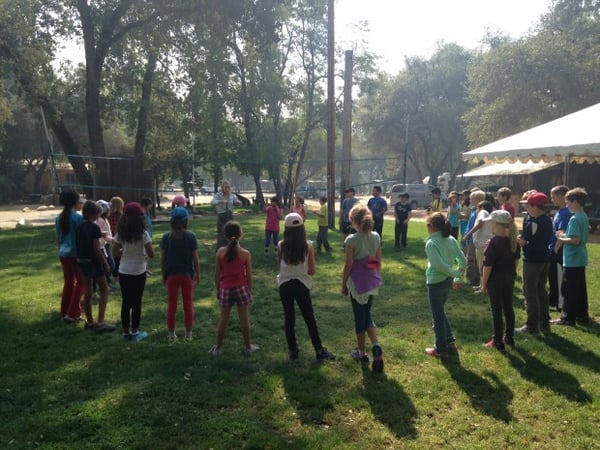 Our trip began as we boarded the bus and I was asked “how long until we get there?” Everyone’s excitement to reach our destination fueled the bus as we traveled North to Coloma. 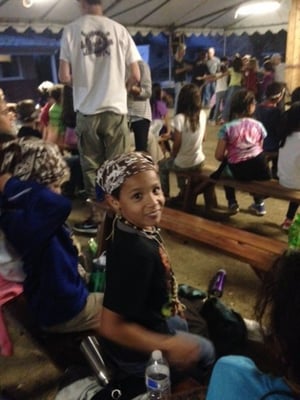 Among the beautiful surroundings and a sunny day, the students played games, built shelters of sticks and tarps, made corn bread in dutch ovens, panned for real California Gold, and visited the general store to learn more about the difficult lifestyles of the 49ers. The talented naturalists of the Coloma Outdoor School who maintained their 1849 characters (accents, clothing, etc.) led each learning group throughout our time at CODS.

After their long trip to Coloma and a day full of exploration and discovery, the students were ready for some downtime as they set up their bunkhouses. Each bunkhouse was filled with many sets of bunk beds and a bathroom and the students were in charge of keeping it tidy and maintaining a calm environment for down time, relaxing with friends, and sleeping. As the sun set, we began a hoedown in which boys and girls were asked to dance together, and learned how to jig. 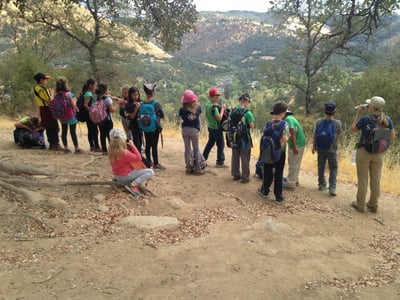 The night ended with a discussion about the following day’s activities around a crackling campfire. As the students went to their bunkhouses, they attempted to sleep despite their excitement about being with friends and the next day’s adventures. 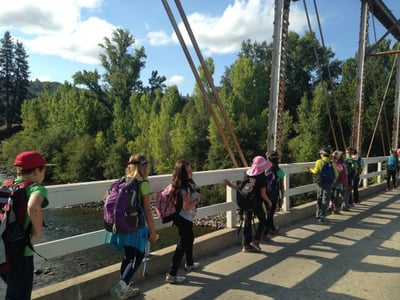 We awoke to a clean and bright morning and set off after breakfast for a hike through the town of Coloma and over Monroe ridge. On our hike, students were able to explore the post office, trading posts, and stores from 1849. They were thrilled to look at Sutter’s Mill where gold was first discovered. After a long but rewarding hike on the ridge, we stopped to eat a lunch. Each student relaxed as they prepared to lead their group in a game of Professor. To play Professor, pairs of children are told about a type of plant and asked to describe it and quiz new groups about their plant. That group moves on and eventually everyone gets a chance to learn and teach someone new. We returned to camp with a better understanding of the natural resources used by the native peoples of Coloma and how they were used before the California Gold Rush. 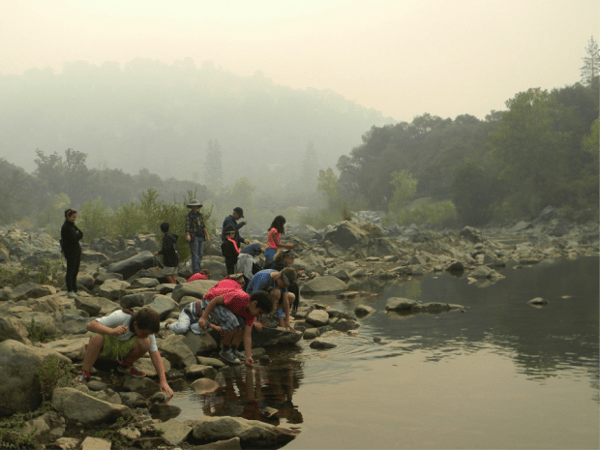 Our last night in Coloma was spent around another warm campfire, learning more about the Native People of California by listening to the history of Coloma, stories, and songs told by local Nisenan story keeper Kimberley Shining Star. The children were struck by her enthusiasm, charisma, and insight and have continued to discuss her stories since we’ve returned to school.

Our final day was spent discussing the value of the natural resources of Coloma and the world around us. The children were able to finally touch and dip their pouches into the icy American River that was so vital to the California Gold Rush miners. This act officiated them into the title of Sourdoughs and was their graduation from Coloma Outdoor School.

As we returned back to school, the children were feeling a combination of very dirty, exhausted, and excited about telling their families about their amazing adventures. After returning to the classroom, the Sourdoughs have continued to reflect on their memorable overnight trip to Coloma!