Dr. Judith Lessow-Hurley is a professor at San Jose State University and a respected expert on bilingual and immersion education. 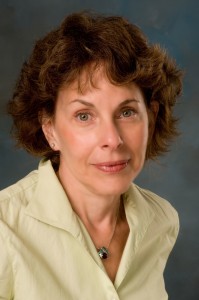 It could be said that I’m an accidental bilingual. My grandparents spoke a language other than English, but in keeping with American traditions, they only spoke English to me. They had worked hard to get to America, they wanted to be Americans, and they especially wanted that for me.

As luck would have it, my parents sent me to a bilingual school that used an immersion method (although they didn’t call it that) and I learned Hebrew, developing reasonable fluency by fifth grade. Unfortunately, I forgot Hebrew pretty quickly when I moved to a public school where it was clear to me that speaking Hebrew wasn’t going to help me fit in.

Still, we had to study a language in middle school and my father encouraged me to study Spanish, noting that Spanish is an American language and that it would always come in handy. So I signed up for the regular Spanish class. It’s amazing we learned anything in those classes. It was all about grammar exercises and memorized dialogues. I did well, but looking back, I probably developed proficiency in spite of the instruction I received, not because of it. I’m certain my language background helped. The kind of instruction that happens in intermittent one-hour sessions or after school programs rarely allows students to truly acquire a new language.

My father was right, and however it came about, I’ve always been thankful for whatever luck made it possible for me to become bilingual. But happenstance is not a sound basis for a language education. My own students are a testimonial to the failure of conventional language teaching methods. When I ask who has studied a language, many hands go up. When I ask them if they feel proficient in a language, all those hands go down. 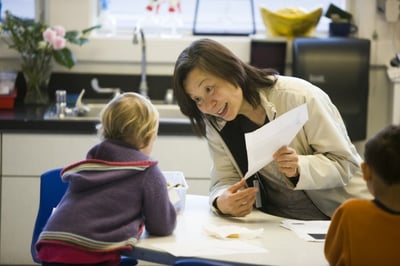 Research indicates that students develop proficiency in a language when they are placed in situations where teachers conscientiously support them by providing meaningful learning situations and scaffolding for language development. Students learn the language in keeping with what we know about how languages are really learned: Through communication, in situations where they are motivated to learn by their own interest in the subject at hand, with support from speakers of the language (teachers and other students) who have an interest in helping them learn. That kind of instruction is the key to immersion programs. Still, immersion is not widely understood. 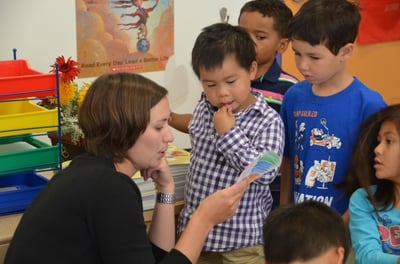 Parents are often concerned, for example, that their students will be disadvantaged if the language they are learning in school is not spoken at all at home. There’s no need to worry. The best support for their student’s success is to provide a language-rich environment. Talk to your child, read to your child, sing with your child. A broad and deep language experience provides the foundation for a new language and the teachers and school can build on that base. Every and anything you learn in one language transfers to another.

Some people express the concern that students will be confused, that their language development will be delayed, or that at the end of the day they won’t speak either of their two languages very well. Students will not be confused. All over the world people function in more than one language without confusion. Very small children may mix languages because they simply don’t know the difference. But they quickly develop the ability to keep their languages sorted out, and in fact, that develops their executive function, a key set of cognitive abilities that will support their academic achievement. 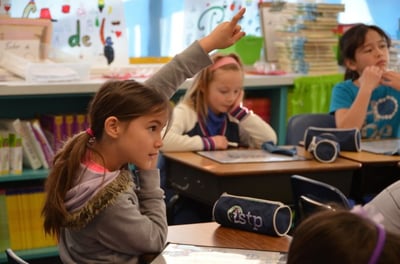 You will sometimes hear bilingual people switch between languages in casual conversation. Code-switching, as it is called, is not a disability. It’s actually a fairly sophisticated tool that bilinguals use to enhance communication. In any case, immersion teachers never code-switch. They always stay in one language and model standard usage of that language for all their students.

At the end of the day program evaluation research indicates that students in immersion programs develop high degrees of proficiency in two languages. We also know that they excel academically, because bilingualism has cognitive, as well as social and personal benefits. Increasingly educators are coming to see that immersion programs offer the best approach to developing bilingualism for students.