TeenTechSF @ ISTP – The Language of Tech 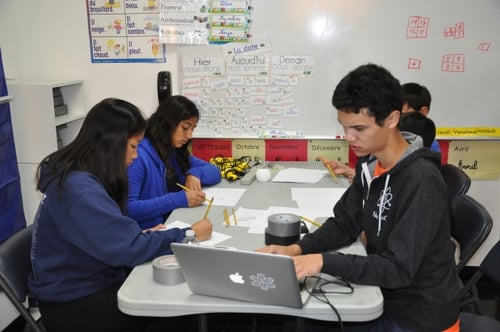 Getting teenagers to voluntarily return to school on a Saturday at 8:00 a.m. is no small feat. Remarkably, on Saturday, April 4th, more than 200 excited teenagers, ISTP alumni, and parents were excited to converge on Cohn Campus, drawn by the 2015 TeenTechSF Spring Conference. 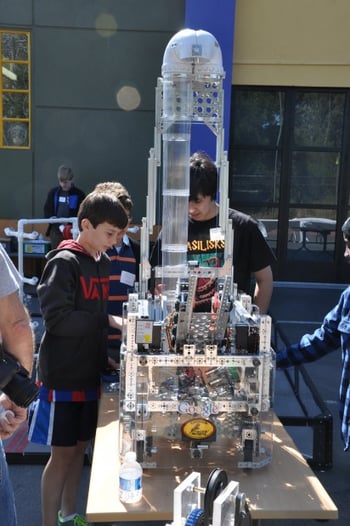 TeenTechSF is an interactive tech community founded by ISTP alumnus Marc Robert Wong, which holds conferences throughout the year to bring together and empower the next generation of tech innovators.

ISTP was the perfect fit to host this year’s conference because TeenTechSF’s collaborative, innovative approach to educating and inspiring teens very closely aligns with ISTP’s own mission. The organizing theme of the spring conference was “Collaborate and Communicate: The Language of Tech,” a familiar concept at ISTP, where we have established computer science and coding as the school’s “4th language.”

The day began in the Rothschild Multipurpose room, where attendees were eager to listen to the conference’s keynote speaker, Tony Fadell, founder and CEO of Nest, “godfather of the iPod,” and author of more than 300 patents. 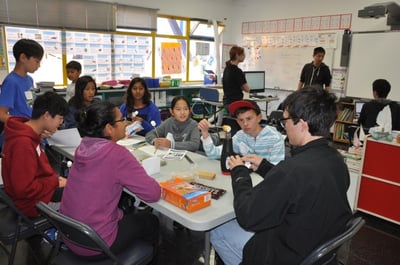 “That’s how it works in this business. You are going to fail a lot…but you just keep trying…the only way I got to where I am today is by continually tripping and falling…that’s the way you learn.” 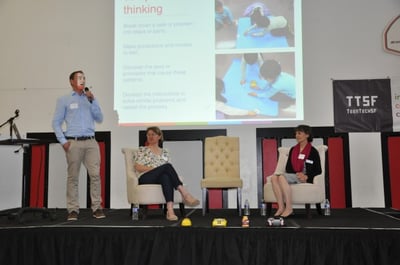 After they had been inspired by Mr. Fadell’s talk, students moved into breakout sessions, which explored topics more in-depth, including coding, game development, robotics, and technology in education. Students showed intense interest in their breakout sessions, asking informed, intelligent questions.

In a special session for parents, ISTP’s Technology Coordinator, Véronique Merckling presented about ISTP’s computer science curriculum, its purpose and the philosophy behind it.

Véronique explains, “Our curriculum integrates technology into the classroom. We want students to learn to think about problems in different ways, and to apply the skills they learn in computer science activities to many different types of problems they encounter. Computational thinking helps students solve problems in a collaborative and creative way. The parents who attended the talk all commented that they all understood better what their children are learning and why.” 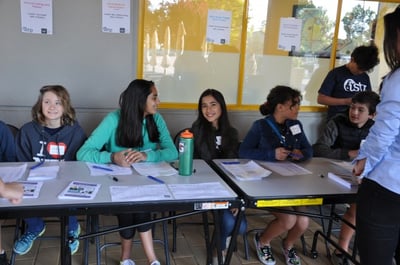 ISTP was proud to have a strong presence in all aspects of the conference. International middle schoolers and young alumni served as team leaders, who assisted with registration and presented an overview of each breakout session after they concluded. 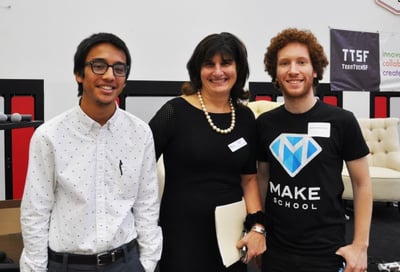 Director of Advancement Patricia Colin, who helped organize the conference, said, “ISTP is at the forefront of incorporating technology in learning, so we were excited to have the chance to host TeenTechSF. We are also proud to help give our many talented alumni a place to shine and show their skills and achievements to the next generation.”

It was wonderful to see ISTP students and alumni come together for a common cause, and TeenTechSF @ ISTP proved to be an invigorating, educational day.

Thank you to all the students, parents, teachers, and volunteers who made the conference such a success!