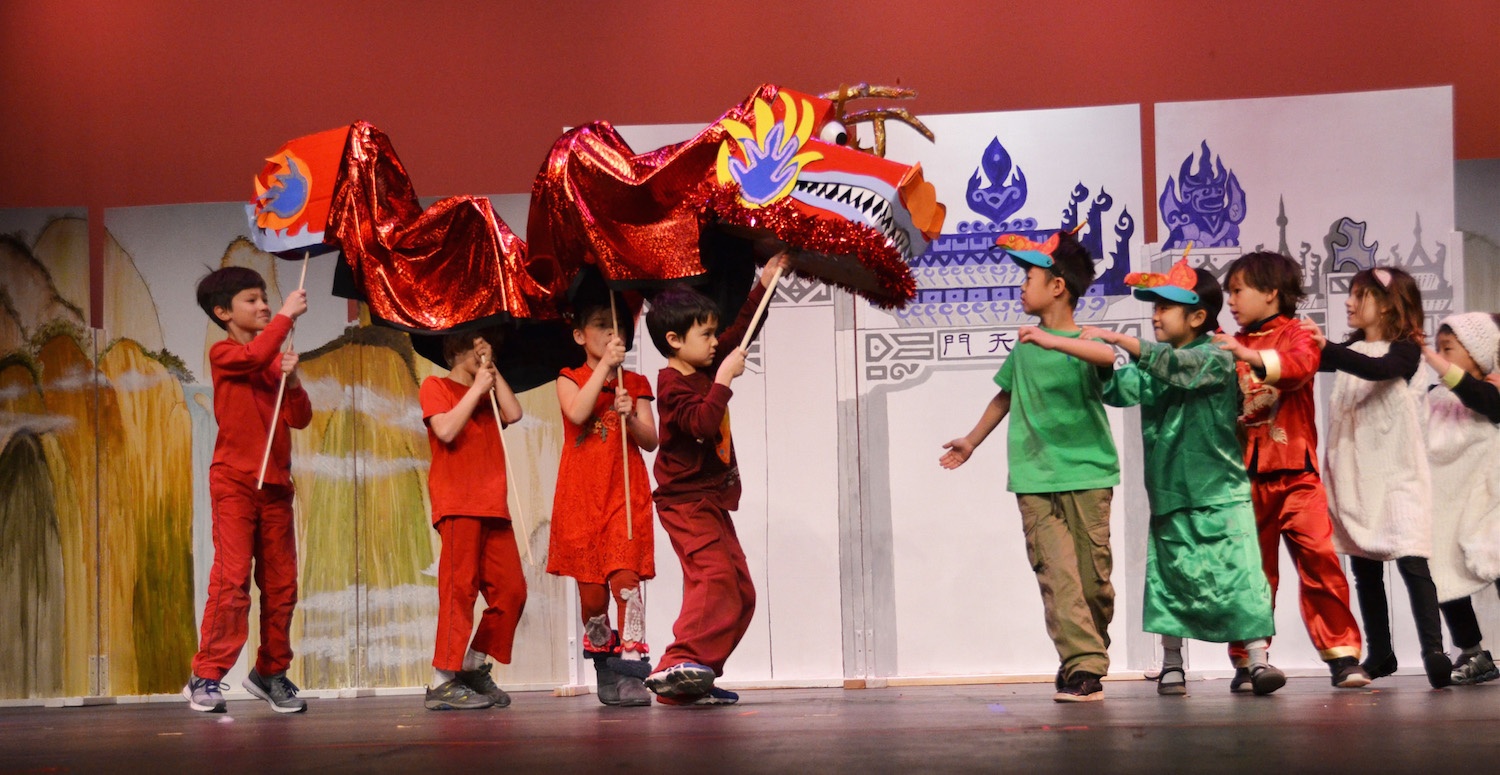 School performances are always a highlight for parents, and they give students a chance to gain confidence as they take a turn in the spotlight. INTL’s* Chinese New Year Performances are even more special, because they allow students to share their bilingualism in an experiential way.

Sunday’s performances also had a deeper educational purpose, both reinforcing and putting on display students’ cultural literacy – the knowledge of history, literature, customs, and traditions that enables someone to adapt to a culture, just as much as language fluency.

This year’s production strengthened students’ cultural literacy by giving them the chance to explore traditional Chinese literary forms and stories. During the 6th grade performance, for example, students recited a series of traditional short oral performances known as Sān Jù Bàn (“three sentences”). The 7th graders dramatized the 6th century Chinese poem they had memorized, “The Ballad of Mulan.” In their outstanding finale performance, the 5th graders presented “The Monkey King: Havoc in Heaven,” a story based on one of the great classics of Chinese literature, Journey to the West. Even our youngest performers began to lay a foundation of cultural knowledge by learning about Chinese New Year traditions, the Chinese Zodiac, and traditional stories. 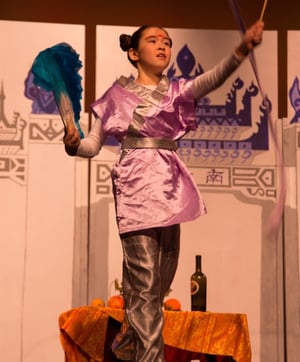 The 5th grade production of the "The Monkey King: Havoc in Heaven."

Through these performances, students are able to deeply internalize the cultural knowledge that will put them on common ground with native Chinese speakers. Elementary School Principal Chris Livaccari explains, “One of the wonderful things about our Chinese Program is not only the high levels of proficiency that our students achieve in speaking and reading Chinese, but also the cultural literacy they develop. Over years of taking students to China, I learned fairly quickly that the ones who were the most successful were not necessarily those with the highest levels of language proficiency. They were, in fact, often those with the greatest cultural knowledge, which allowed them to close the distance between them and the person they were speaking with, enabling true communication to take place.”

This year our festive celebration of cultural literacy and international values was even more appropriate because the event commemorated our 20th Anniversary as the Silicon Valley International School. In 1996, we added the Chinese Program and the International Middle School, further enriching the truly international, multicultural community that is the core of INTL.