Our 8th graders recently learned about French history and justice firsthand by reenacting the famous trial of Claude Gueux. They first read Victor Hugo's account of the trial, and then staged the proceedings themselves.

8th grade student Sebastian H. summarizes the project: "On the 31st of January, we went back in time to make our own iteration of the trial of Claude Gueux, an impoverished workman who lived in Paris. We each had a role. However, there were many objections, improvisation and much debate about the death penalty. We had all the people who would attend a trial represented: lawyers, a judge, jurors, experts, and even witnesses. It took a while to create a scene where it would feel like a trial, however, the end product was great! The ruling of Justice Gérrard was a final sentence of 3 years in prison and 3 years of mental institution for the murder of the prison’s director."

Check out some highlights of the trial in this video! 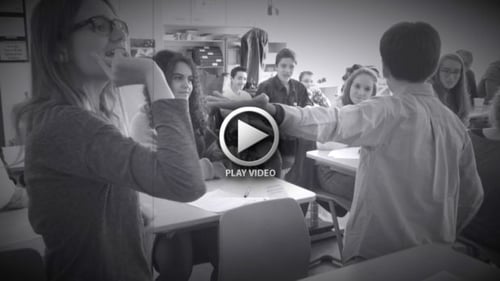