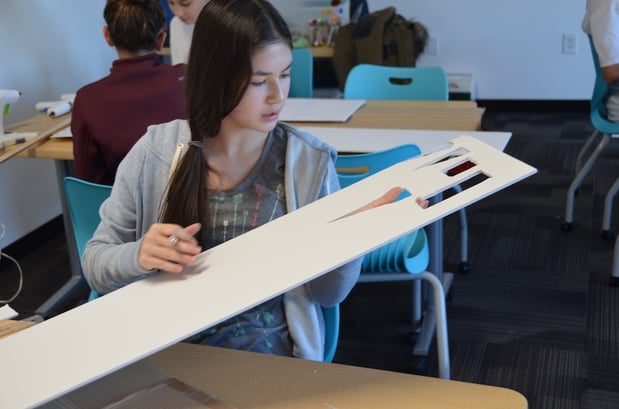 One day, while watching a student fiddling with a miniature Tech Deck skateboard before class,  Middle School math teacher Clothilde Labrousse had a moment of inspiration. Her class was studying slope and the Pythagorean theorem, and she thought that a skate ramp could be a perfect representation of both concepts in the real world.

She transformed this seed of an idea into an engaging project where students designed and built their own miniature skate parks. The project allowed students to utilize three concepts they had been studying – slope, proportion, and the Pythagorean theorem – and to see how the concepts played out in the physical world. 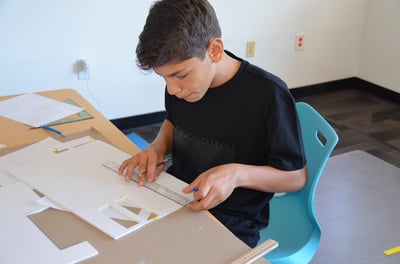 The project was also a great example of the conceptual learning approach that INTL* emphasizes in Middle School mathematics. Instead of simply memorizing formulas and applying them in practice problems, students are expected to think critically and internalize the deeper meaning of a mathematical concept, as well as understand how it relates to other concepts they have already studied. 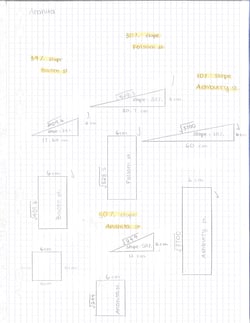 For the skate park project, students had full creative license to come up with a blueprint design for their park’s layout. They were required to base the slope of each ramp off of the slope of a real street in San Francisco, to help them better understand what slope looks like and how it functions in the real world. They used linear functions to graph the slopes, and they used the Pythagorean theorem to determine measurements for each ramp. Next, they used proportions to figure out how to transfer their blueprint on paper into measurements for the foam core board they used as their building material. The final step was construction, which tested students’ precision and spatial skills. By seeing for themselves how quickly a skateboard would accelerate down ramps of different steepness in their finished parks, students could better internalize the concepts of rise, run, and slope. 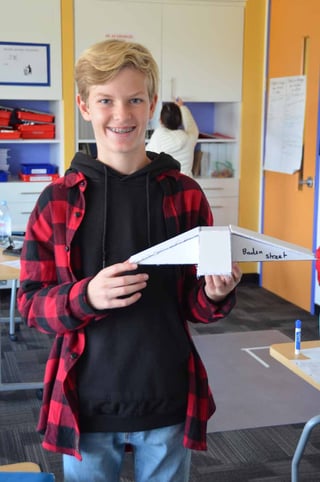 This conceptual approach is part of the MYP (Middle Years Program)* that we are adopting in the Middle School, which encourages students to think critically, inquire, and ask questions in order to understand on a deeper level. At INTL, middle school students currently have 6 hours dedicated to math each week, while most of their peers have only 4. This extra time allows students to both master the skills and go more in-depth with the concepts.

Miss Labrousse explains, “Conceptual learning takes longer, but is a much deeper and more effective way of learning. It creates much stronger thinkers and mathematicians, and builds a very strong foundation as students continue to advance in high school.”

By the time students graduate from the  Middle School, they will have already effectively completed Pre-Algebra, Algebra, and Geometry. INTL graduates will have also thought critically and examined mathematical concepts in a much deeper way. Hopefully, they will have developed a passion for learning math – spurred-on, no doubt, by engaging and creative projects like building their own miniature skate park. 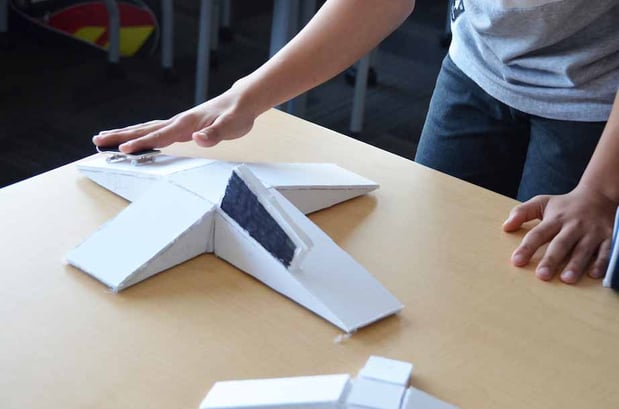 *Only schools authorized by the IB Organization can offer any of its four academic programmes: the Primary Years Programme (PYP), the Middle Years Programme (MYP), the Diploma Programme or the Career-related Programme (CP). Candidate status gives no guarantee that authorization will be granted. For further information about the IB and its programmes, visit http://www.ibo.org