6 Insights into Raising a Bilingual Child: The Early Years 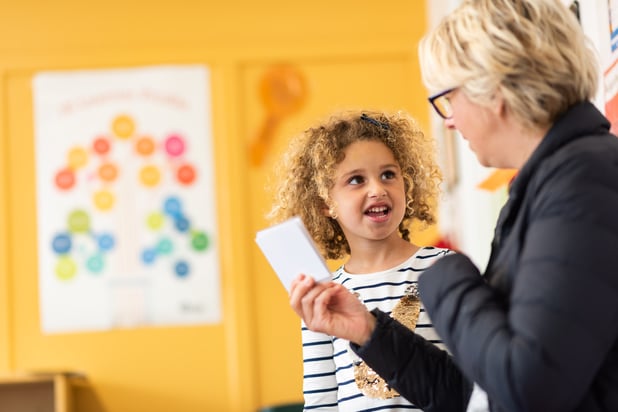 As our world becomes more and more interconnected and globalized, many parents have come to recognize how important being bilingual or multilingual will be for their child’s future. As such, a bilingual education at ISTP is an incredible gift for a child.

Still, as parents begin this bilingual journey with their child in the Early Years (Preschool, PreK, and Kindergarten), they are often filled with a mixture of excitement and anxiety.

Will my child be able to learn another language? Will they confuse the two languages? How quickly will my child become bilingual/fluent? Will learning a second language at school hinder their development in their first language (mother tongue)?

In their many years in bilingual education, Early Years Principal David Huang and Chinese Academic Dean Cindy Chiang have gained a lot of understanding of how a child acquires a second language. Here, we present a few of their insights so you can better know what to expect in the earliest years of your child’s journey to bilingualism.

Acquiring another language won’t happen overnight. Be patient with your child and give them space to develop. Although the young brain is primed for language acquisition, it is still a complex intellectual feat. Language learning is dynamic, not linear – progress may seem to stall, but then the child may make a sudden leap in understanding. With patience and support, there is no doubt that your child will come to master the target language.

Language acquisition comes naturally in an immersion environment. Children will naturally become bilingual when they see a need to communicate in two languages. Therefore, a classroom environment where the child has to communicate in the second language to participate and make themselves understood is absolutely crucial. This is why Preschool students spend approximately 80% of their time in the target language (French or Mandarin) and about 20% of their time in English. The more time they spend in the target language, the stronger their foundation of second language understanding will be.

Don’t focus on the size of their vocabulary. The number of words a child knows is not as important as being able to use their 2nd language in context, such as by participating in class.

It is normal for young children to mix languages. It is very common for a student to respond in English (if this is the language they speak at home) in a Chinese/French classroom in the Early Years. This doesn’t mean they aren’t learning, as they may be understanding what the teacher is saying in the second language, but they are not yet able to generate their own response. There is often a gap between receiving and producing language, and this is a natural part of bilingual development. 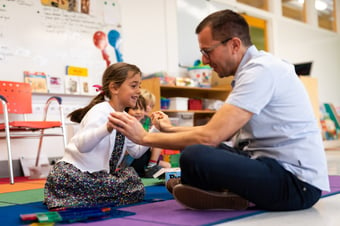 Encouragement is great, pressure isn’t. Don’t expect your child to “perform” – such as demanding they speak Chinese at a Chinese restaurant, or demanding they show off their skills to their French-speaking grandparents. Language is contextual, so your child will naturally find a way to communicate as the situation dictates. Children need to be encouraged/provided opportunities to interact positively with others in the second language instead of being pressured to speak on command.

Monolingual and bilingual children are on different timelines. Because bilingual children are learning double the grammar and vocabulary, their overall language development will often appear slightly behind their monolingual peers. In her book First- and Second Language Acquisition in Early Childhood, bilingual education expert Beverly A. Clark explains, "At the same time that children are acquiring new vocabulary and understanding of the use of language, it may appear that they are falling behind in language acquisition; however, it is normal for there to be waves of language acquisition.” Over time, bilingual children will catch up to their monolingual peers – the only difference being that they will know two languages instead of one!

Raising a bilingual child, despite some unique challenges, is a true joy. With patience and support, you will see your Early Years child gain confidence and competence day by day as they take the first steps on their bilingual journey at ISTP.